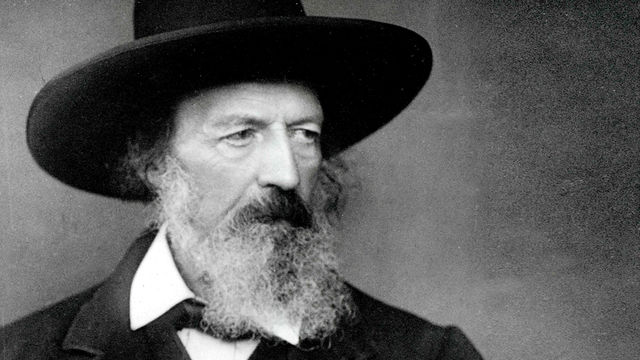 Some of the best poetry came from the Romantics. Keats, Wordsworth, Blake, all made their efforts to explore the beauty of nature, real and raw, away from control and formality. They sought to pan out the brilliance of the world from the suds of the ‘normal’ views and exemplify it all in poetry. And Tennyson’s The Eagle might (might) be one of the best examples of this.

The poem, written during his time spent in the Pyrenees, simply put, is about the eagle. To start, the poem isn’t exactly an easy read, despite being in solid iambic tetrameter. It opens with a harsh string of alliteration (clasp, crag and crooked all aren’t easy to say quickly), the phrase ‘azure world’ completely staggers the following rhyme and it’s all a bit clunky. Nonetheless, this is intentional, and emphasises the need to consider the eagle. Tennyson doesn’t want you to rush through it; he doesn’t want you to run around the art gallery, he wants you to sit and admire.

The rest follows quite peacefully, how the eagle watches from his viewpoint, higher than any other, with the sea far below, furthering the boldness (no pun intended!) and majesty of the bird, and then the dive.

Tennyson details almost everything the Romantics aimed to do. The wonder of nature, the resemblance of humanity (in the ‘hands’ and wrinkles’), and the simplicity of it all. No tricks here, just extraordinary word economics. Two short stanzas say it all.

The final line is the ultimate finish; the shift in fluidity, from slow to fast flowing, perfectly depicts the fall of the eagle and the gracefulness in the motion. I’d argue it’s one of the most brilliant lines from the Romantics – it’s so satisfying to read!